The Tofield Municipal library will be closed for the Christmas Holidays from Dec 24th to 27th and Dec 31st to Jan 2, 2023. We'll re-open on January 3rd, 2023 at a regular time. Merry Christmas and Happy Holidays! 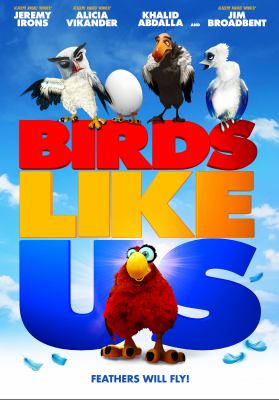 Trapped in a village ruled by the meddling Kondor, Huppu the bird dreams of having the freedom to hatch her own egg. Suddenly, she, Kondor, and their friends are blasted to a distant land, and they must trust in a wise, eccentric bat to guide them on a strange, dazzling odyssey back to the tree they call home. 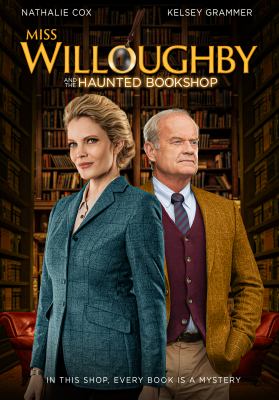 Miss Willoughby and the haunted bookshop

Move over Miss Marple, there's a smart, stylish new detective in town--meet Miss Willoughby! Orphaned as a child, raised by a family friend, and skilled in strategy, literature, and martial arts, there's no case she can't solve. But even she is baffled when a longtime friend tells her that a ghost is haunting the bookstore she runs. Is someone playing a trick on the poor woman? Is it a hallucination? Or is something more sinister going on? 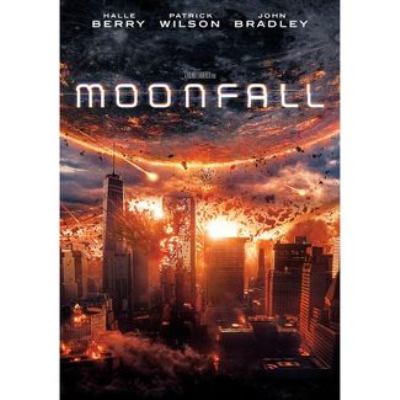 A mysterious force knocks the Moon from its orbit around Earth and sends it hurdling on a collision course with life, as we know it. With mere weeks before impact and the world on the brink of annihilation, NASA executive and former astronaut Jo Fowler is convinced she has the key to saving us all, but only one astronaut from her past, Brian Harper and a conspiracy theorist K.C. Houseman believe her. These unlikely heroes will mount an impossible last-ditch mission into space, leaving behind everyone they love, only to find that they might have prepared for the wrong mission. 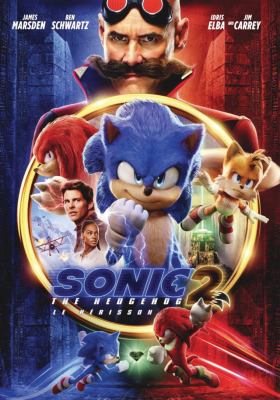 After settling in Green Hills, Sonic is eager to prove he has what it takes to be a true hero. His test comes when Dr. Robotnik returns, this time with a new partner, Knuckles, in search for an emerald that has the power to destroy civilizations. Sonic teams up with his own sidekick, Tails, and together they embark on a globe-trotting journey to find the emerald before it falls into the wrong hands.

A crackerjack criminal crew of animal outlaws are about to attempt their most challenging con yet, becoming model citizens. Never have there been five friends as infamous as these guys, dashing pickpocket Mr. Wolf, seen-it-all safecracker Mr. Snake, chill master-of-disguise Mr. Shark, short-fused "muscle" Mr. Piranha and sharp-tongued expert hacker Ms. Tarantula, aka "Webs." But when, after years of countless heists and being the world's most-wanted villains, the gang is finally caught, Mr. Wolf brokers a deal to save them all from prison: they will go good. Under the tutelage of their mentor Professor Marmalade, an arrogant (but adorable!) guinea pig, they set out to fool the world that they've been transformed. Along the way, though, Mr. Wolf begins to suspect that doing good for real may give him what he's always secretly longed for: acceptance. So, when a new villain threatens the city, can Mr. Wolf persuade the rest of the gang to become The Good Guys? 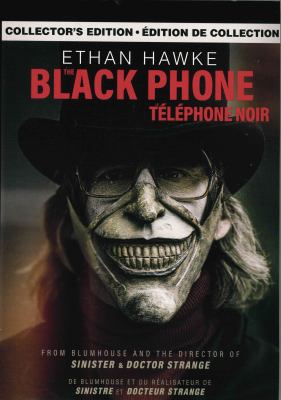 Finney Shaw is a shy but clever 13-year-old boy who's being held in a soundproof basement by a sadistic, masked killer. When a disconnected phone on the wall starts to ring, he soon discovers that he can hear the voices of the murderer's previous victims, and they are dead set on making sure that what happened to them doesn't happen to Finney. 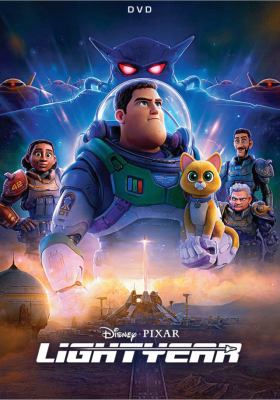 Discover the story of the man behind the toy as the legendary Space Ranger goes on an intergalactic adventure and gets stranded with only ambitious -- but untrained -- recruits and his robot companion cat.

Paws of fury. The legend of Hank

A down-on-his-luck hound finds himself in a town full of cats who need a hero to defend them from a ruthless villain's evil plot to wipe their village off the map. With help from a reluctant trainer, the underdog must assume the role of fearsome samurai and team up with the felines to save the day. The only problem is--they all hate dogs. 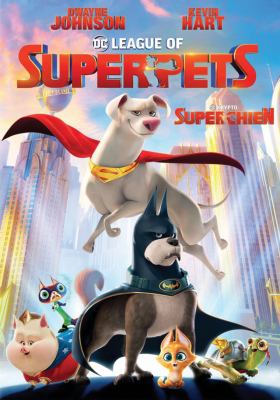 Krypto the Super-Dog and Superman are inseparable best friends, sharing the same superpowers and fighting crime in Metropolis side by side. When Superman and the rest of the Justice League are kidnapped, Krypto must convince a rag-tag shelter pack-Ace the hound, PB the potbellied pig, Merton the turtle and Chip the squirrel-to master their own newfound powers and help him rescue the superheroes.

From the director of Halloween, The Devil's Reject, and House of 1000 Corpses comes a different kind of love story. The one-of-a-kind master storyteller, Rob Zombie, brings the bizarre romantic comedy of the ages home, as The Munsters make their triumphant return to the screen in this all-new feature film. 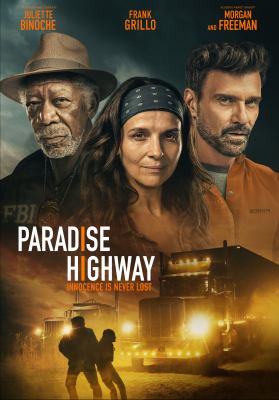 Academy Award winners Juliette Binoche and Morgan Freeman lead this riveting thriller set in the trucking industry and its seamy underbelly of human trafficking. To save the life of her brother, Sally, a truck driver, reluctantly agrees to smuggle illicit cargo: a girl named Leila. As Sally and Leila begin a danger-fraught journey across state lines, a dogged FBI operative sets out on their trail, determined to do whatever it takes to terminate a human-trafficking operation, and bring Sally and Leila to safety. 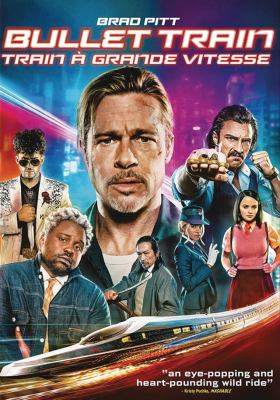 Brad Pitt stars as Ladybug, an unlucky assassin determined to do his job peacefully after one too many gigs gone off the rails. Fate, however, may have other plans, as Ladybug's latest mission puts him on a collision course with lethal adversaries from around the globe, all with connected, yet conflicting, objectives, on the world's fastest train. The end of the line is just the beginning in this non-stop thrill-ride through modern-day Japan. 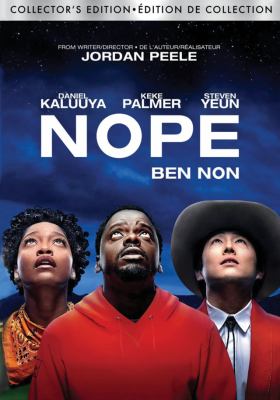 Two siblings who run a California horse ranch discover something wonderful and sinister in the skies above, and the owner of an adjacent theme park tries to profit from the mysterious, otherworldly phenomenon. 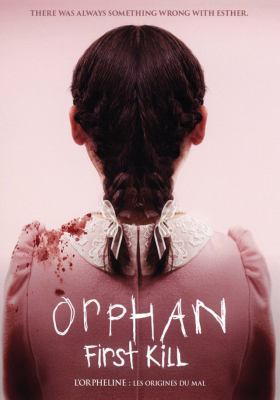 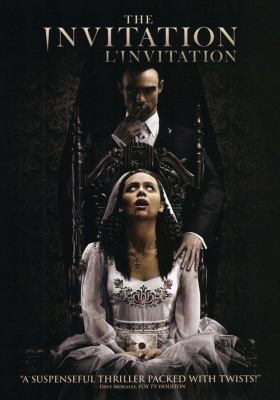 After the death of her mother and having no other known relatives, Evie (Nathalie Emmanuel) takes a DNA test ... and discovers a long-lost cousin she never knew she had. Invited by her newfound family to a lavish wedding in the English countryside, she's at first seduced by the sexy aristocrat host but is soon thrust into a nightmare of survival as she uncovers twisted secrets in her family's history and the unsettling intentions behind their sinful generosity.